Home>Scott Fraser Training Blog>Dead Trees - Can You Work On Them?

Dead Trees - Can You Work On Them?

Dead Trees – can you work on them safely? 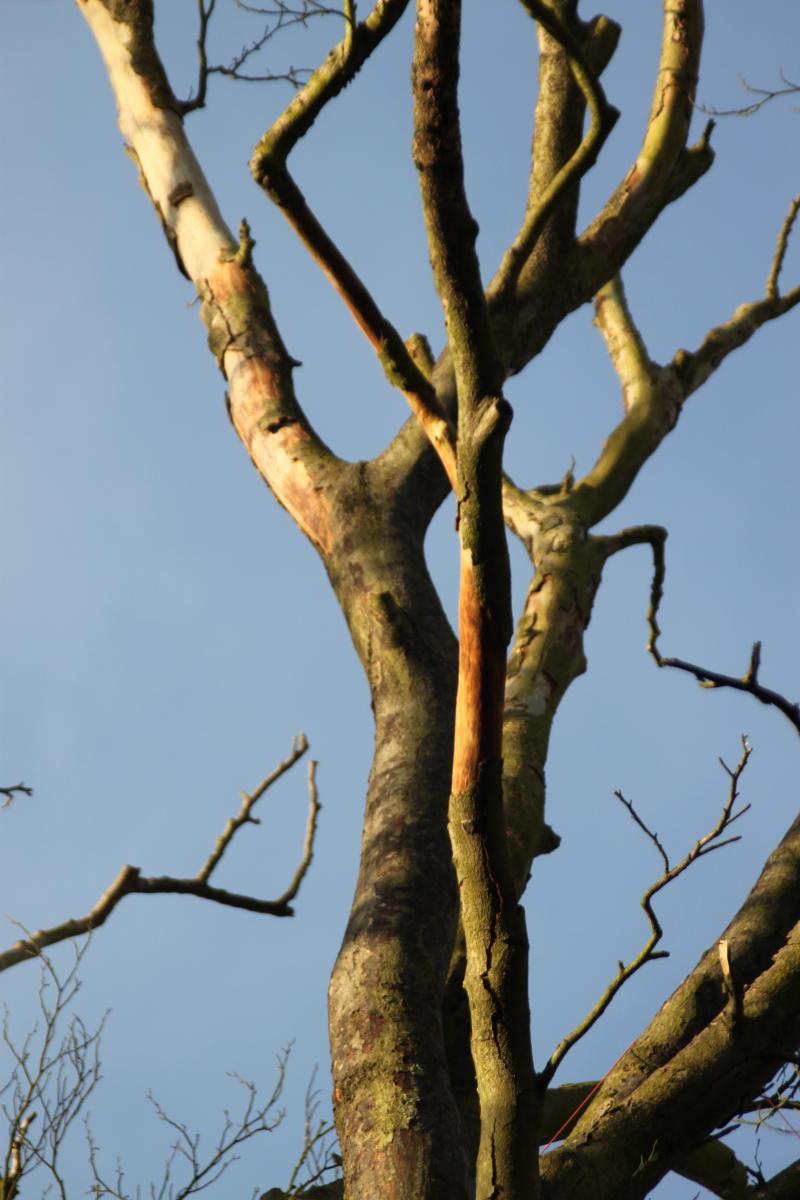 During basic tree climbing, chainsaw from a rope & harness and arboricultural dismantling operations training (CS38, 39 and 41) dead limbs are highlighted as a hazard to be aware of and avoid – but what about a whole dead tree?

Much of the elementary training information contained within NPTC City & Guilds schedules and Lantra Awards workbooks, whilst a good solid starting point, must not be viewed as the only whole or right answer, as ever the answer is usually more complicated and depends on a range of factors. Clearly, not every dead tree can be climbed, but not every dead tree in unclimbable…….

Over the past few months a couple of jobs on dead trees have been completed, using quite different strategies, and this blog post reviews how the best solution might not always be practicable.

The first tree was a TPO protected beech in Heathfield East Sussex, we first worked on this tree around 10 years ago, carrying out a very light reduction and crown lift on selected limbs near the house. The tree was around 25m high with a single stem to 7m then multistemmed from that point. Underneath was a informal woodland path, a greenhouse, a fence, a pond, a deck and of course a house.

We were called back after the owners were concerned about lack of leaf growth over the spring and summer this year, and when I got to look at it in October it was stone dead, in fact much of the rear stem was starting to rot.

Felling the tree was not an option sadly, although we can often persuade our clients that a modest amount of ground damage is acceptable in this case it would have meant a rebuild….

Our first thoughts were to look at an alternative to climbing, and as always our first choice is a crane. This was possible with a road closure, but would have meant operating over a house with the lifting and final positioning of the limbs & stem visually obscured and congested within a tight 25  -30 degree arc –possible but not easy. There were also concerns that although bigger bits might be possible, they could still break up or even fail.

MEWP use was a complete non starter, unless that is you lifted it in with the crane…………no access, terrain steep, multiple obstacles, and of course no area to drop into meaning insanely small logs being removed – a very long exposure to risk with no appreciable improvement in safety.

So what was left? Climbing. I visited the site again, and did a few pull tests with throwline inserted lines on the key rigging & climbing anchor points, and then an aerial inspection to look at the options from above. This climb reminded me of the tree structure and the options to work with two anchor points and a separate rigging anchor point for almost the entire job, and the decision was reached to get on with it pronto.

Perfect weather conditions were ordered, and we arrived on site with a crew of 4. Protection scaffolding was set up over the pond and fence tops and electric outlets were disabled & covered. 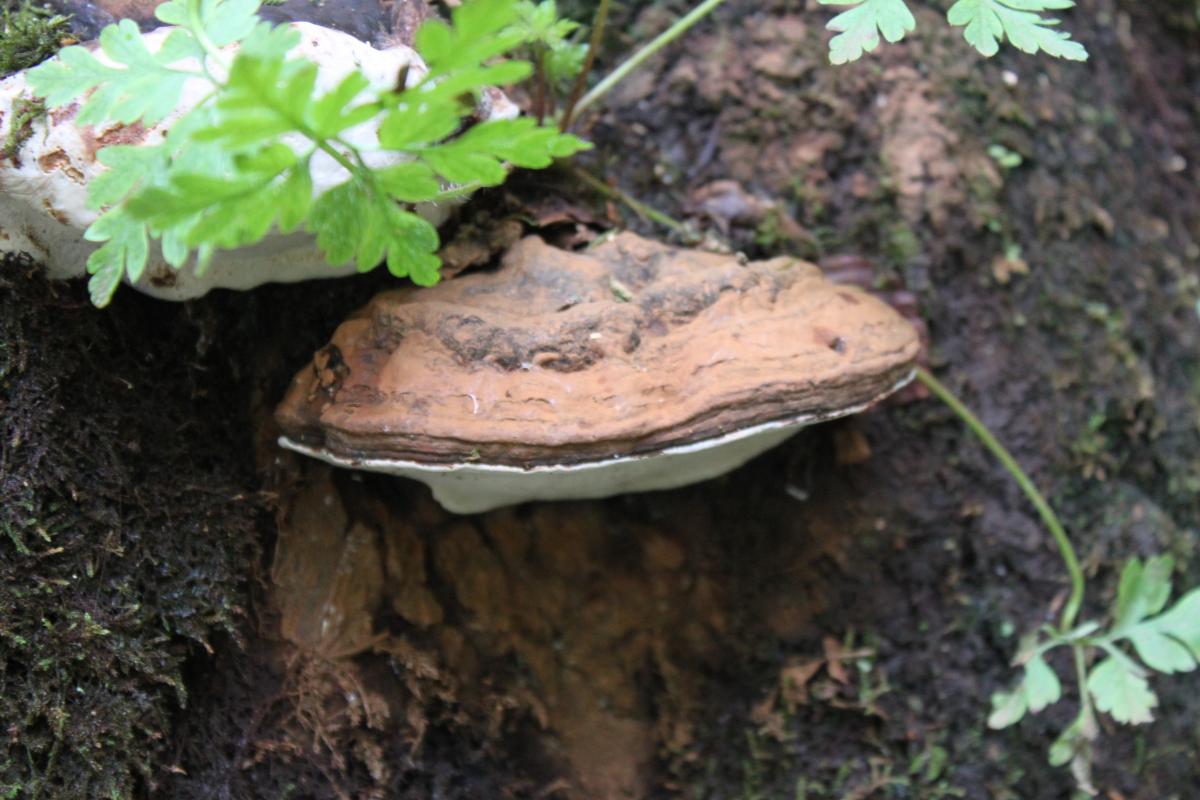 Using the plan developed by the previous climbing survey a Single Rope (and efficient rescue line) was installed and then the tree was set up with a considerable amount of equipment - almost our complete set of rigging kit was deployed, including extra minor redirect blocks to minimize leverage forces (and maintain a compressive anchor point loading). Obstructive branches and the intended main anchor point top were removed first, and then the tree was dismantled maintaining a reasonable balance over the rest of the day. A GRCS was used, but very little lifting was needed or desired, just the occasional pretension and lift over an obstacle.

The following day the stem was sectioned down to the final position, which happily was not at ground level as the owners were keen to retain a section of stem for wildlife habitat and as a feature!

The second tree was an oak in Horsmonden, Kent, positioned in a field with limbs slightly overhanging an unclassified lane, I felt there was little chance of part limb failure but the Parish Council had requested remedial work.

In addition to the wide spreading nature of the canopy and lack of obvious strong high anchor point the limbs were also over a gas main. This eventually led to a MEWP option being chosen and a suitable machine was selected with sufficient height but importantly reach.

On arrival at the hire depot my business partner Rupert was told the machine we had ordered was actually in Northampton, not a great help, and later that day a larger machine was dispatched. This was not as great as it sounds as it was impossible to get a suitably firm outrigger placement, and only part of the tree was reached on that day, the rest having to wait until the correctly specified machine was actually in the county. This was done a few weeks later with the overhanging limbs shortened using a mixture of free fall area and hand held sections techniques into a safe area. 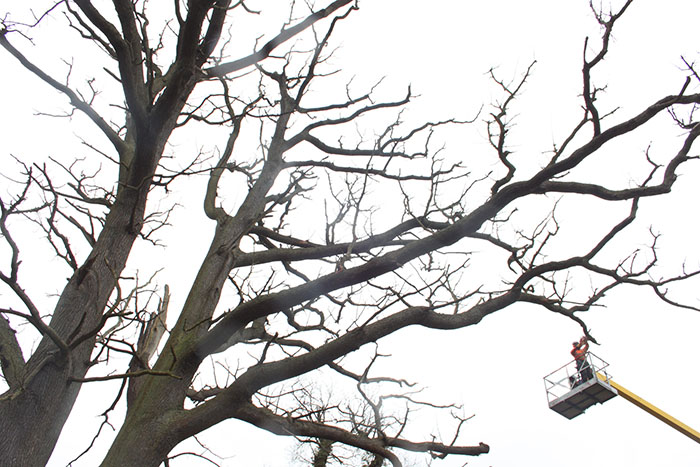 What does the above tell us about the options when presented with a dead tree, or any other potentially unsafe tree structure, asuming it has to come down for safety reasons, remember dead trees are important habitat!

Dutyholders’ Responsibilities under the Work at Height Regulations 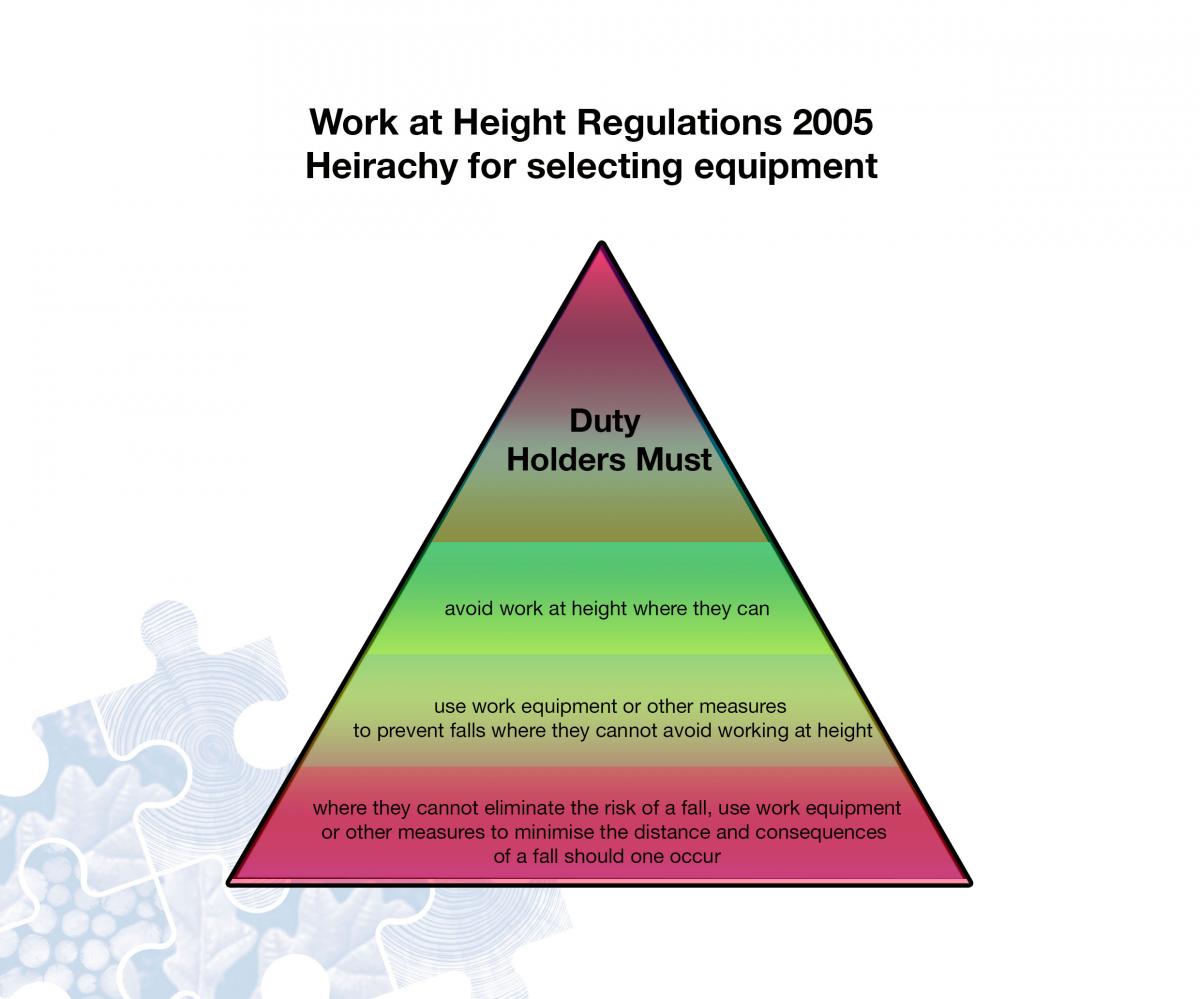 ·      All work at height is properly planned & organized

·      Those involved at work at height are trained and competent

·      The place where the work at height is done is safe

·      Equipment for work at height is appropriately inspected

·      The risks from fragile surfaces are properly controlled

·      The risk from falling objects are properly controlled

Considerations when dealing with dead trees

·      What are the options? See Table from HSE Rigging Research

·      Can an alternative to climbing be used – such as felling?

·      If climbing, can the anchor points be pull tested before climbing?

·      If climbing, can the tree be temporarily supported in any way?

·      Can sections be dropped without rigging?

·      Think outside the box – for example, we once ‘dismantled’ a dead tree by pulling limbs with the tractor with throwline set lines, and whilst requiring a fair bit of space it was the safest option and fairly low cost.