Part 1of 4 in my autumn CPD programme

The Lyon Technical Symposium was held on September 18th & 19th, in the East Cumbria. Around 120 delegates from over a dozen countries and drawn from a wide range of work at height or rescue sectors come together to see some of the latest developments in the vertical world.

There was plenty to interest arborists, both directly with the sessions from Mark Bridge of Treemagineers but also indirectly with in depth presentations covering topics from head protection choices, rescue obligations, to rope standards & construction, quality control systems and product traceability in a globalised economy. 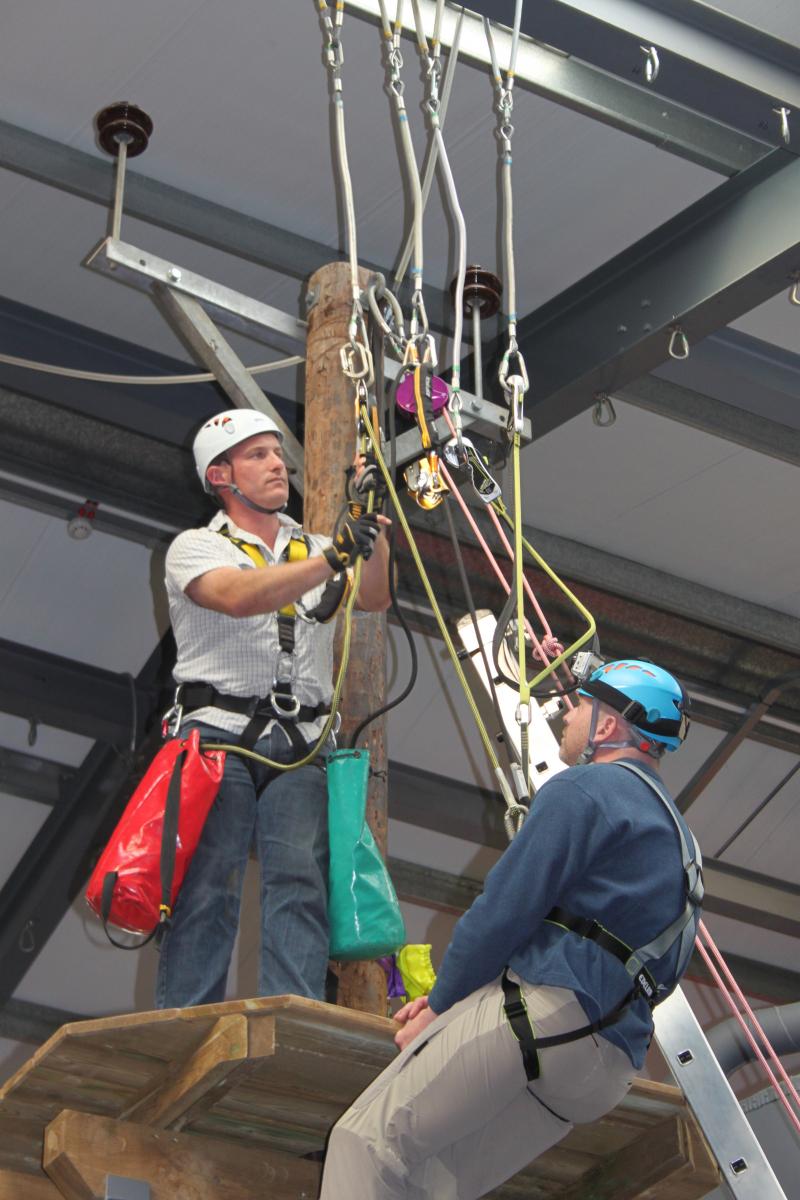 The first afternoons practical demonstrations were held at the company headquarters in Dent, just off the M6 and featured:

·      A rather deflating demonstration of low level vertical protection – sadly this bouncy castle like innovation had run out of air!

·      The Lyon team looked at safety with either equally tensioned or slack back up line, both over an edge and then with a blunt impact on the ropes.

·      The Lyon team developed this theme expanding on the multitude of options for tensioned line rescue.

·      Mark Bridge had a little slot to remind us of the high impact forces that can be generated from seemingly modest falls (albeit with fairly static systems) and how even changing say a foot locking prusik to a dynamic type can drastically reduce this.

·      Gordon Bisset finished with a brief discussion on net-based safety systems and how the steel wire pretension is critical in not overloading the host structure and calculating the SWL – with obvious implications for our own speedline systems. 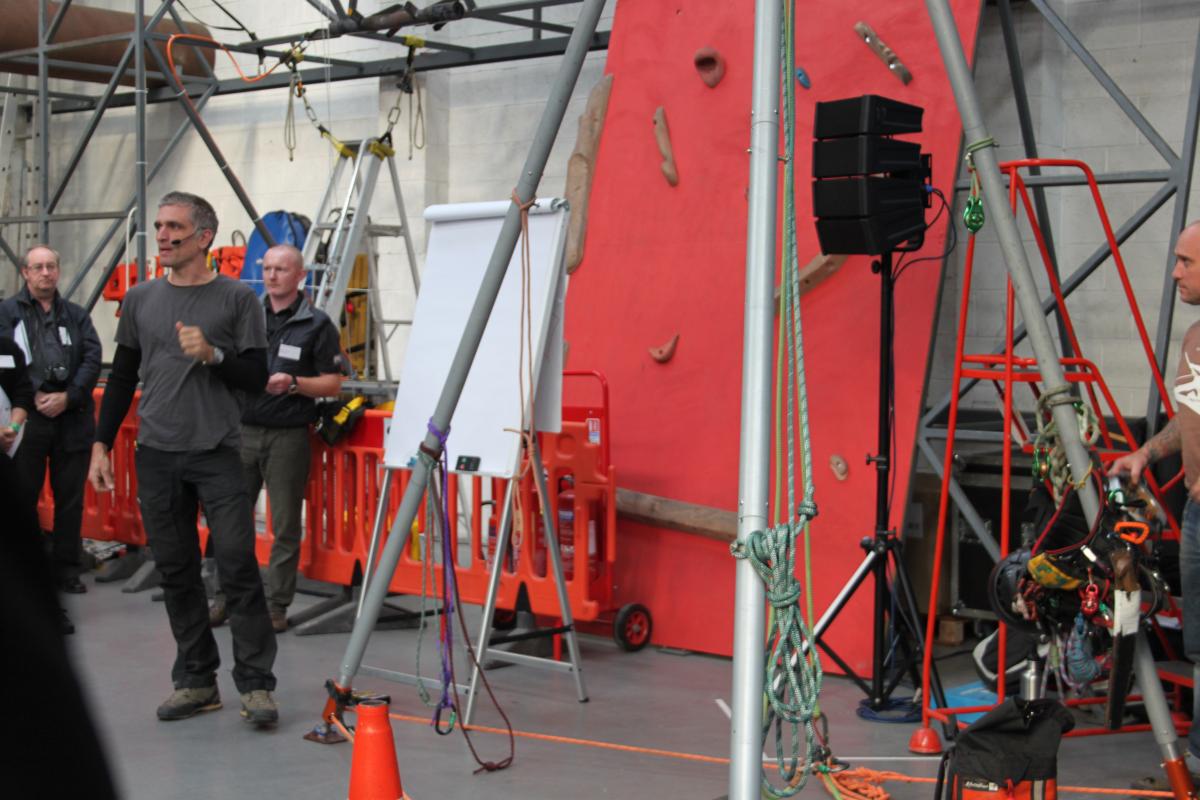 ·      Daniel Rogers reminded us of the rescue obligations under the Work @ Height Regulations and their companies (Latchways) innovative integrated harness descent system – if suspended a casualty can initiate a controlled descent at 1m/s to a point of safety up to 20m below.

·      Michel Beal (of Beal Ropes) described the complex task of developing a 11mm floating EN1891 type A rope  - the Prowater 11mm.  Various options were explored but there was seemingly no way to resolve the inherent incompatibility of low density fibers (they float) with their poor energy absorption characteristics. The solution was to insert a 6mm neoprene cord to a pre-stretched core, laminated to a low stretch sheath, the unicore. A useful refresher on the EN requirements and their interpretation in relation to resistance to heat!

·      Mark Taylor of the University of Leeds covered protective helmet types, design, standards and characteristics. His main aim was to emphasise the 1989 regulation requirement to choose a helmet that is suitable, having regard to the work or activity. He outlined the differences in the various standards, such as on the level of energy transmitted on impact and at what point chinstraps released. All this information could then be used to make an informed choice, rather than just relying on the label!

·      Anyone impressed by the Olympic ceremonies would have been fascinated by Sally Ann Dodd’s presentation on the work at height related preparations. From the construction of the various stages, (the Tor) the chimneys and the flying rings.

·      Steve Woods (standing in for Nick Moriarty) showed the great range of constructions that could be described as a ropes course and then discussed the ERCA EN standard for ropes course construction.

·      In an honest and open presentation Bernard Bressoux from Petzl discussed the problems of quality control, and the steps taken in his company to implement a ‘platinum standard’ Quality Assurance system.

·      Mark Wright described his role in a series of photography expeditions to the Gouffre Berger near Grenoble, a cave system amongst the deepest in the world at 1,122m. His slideshow was inspirational, and the book will certainly be worth a look when it is eventually published.

·      Work & Rescue in wind turbines, and the work of renewables UK was covered by Chris Streatfield.

·      Gordon Bisset, of Web Rigging Ltd discussed the use of nets on tensioned cables, and the enormous savings over other collective safety systems such as scaffolding that can be made – just don’t use it for welding!

·      Mark Bridge developed on the theme of quality control in a globalised world and whether, by being so driven and focussed on price we get the kit we deserve.

·      Steve Morris, of ZT Safety Systems introduced a real innovation in harness design, where the harness is actually an integral part of the work wear, in this case overalls.