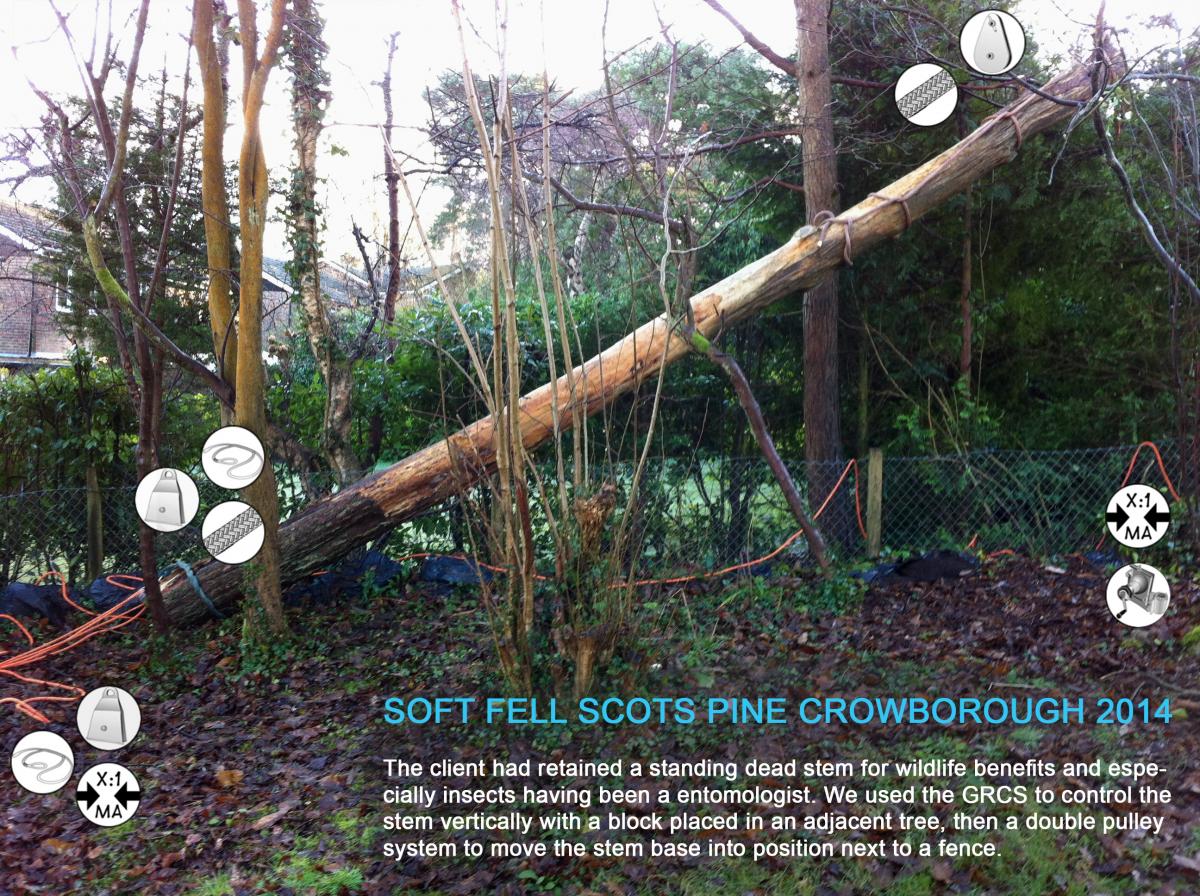 Last year the neighbour of one of our longstanding contracting clients asked me, to remove a Scots pine stem that had been long dead. The only complication was that they wanted it placed carefully in a specific place next to their boundary and in one piece. A slightly unusual request - the background to which was that the client had been an entomologist (although now long retired) and was concerned to retain the significant deadwood habitat that had developed over the years. This reminds us that deadwood is an important part of tree and woodland ecology that is often subject to ‘tidying up’ for our desire to have order and not ‘mess’.

Since felling the stem was not an option, nor sectioning it down, it was fortunate that a neighbouring sweet chestnut offered a suitably strong anchor point, for both a rigging system and a climbing system that allowed a line to be installed near the top. This was half hitched several times due to the advanced decay near the top.

The GRCS was used to tension the main line and a basic felling cut was used to release the tree in the direction of the anchor. The hinge was gradually cut and the stem was gently pulled clear of the stump. After which a second mechanical advantage system was used to provide side tension and eventually to pull the stem into the desired location.

This second system comprised two Kong double pulleys, anchor slings, connectors and a 11mm rope set up with a prussic to capture progress. I first saw this system at Merrist Wood College in Surrey in the late 90s (I think) when US based Arbormaster Ken Palmer came over and delivered a workshop with Treevolution. This was a significant event for me where in those days of no internet and limited contact with fellow arborists this day contained a series of revelations - the GRCS, speedlines, mechanical advantage and the Komet Evolution harness as well as introducing me to some of the senior characters in the training realm, such as Paolo Baveresco. I was ready to find out about these ideas and spent the next few years exploring them more deeply and spending time with Paolo on rigging and SRT issues of interest.

In 2015 we have the opposite situation where information and technique overload awaits anyone venturing onto the Internet or to some extent the prolific arb and forestry press. This information availability is of great value to today’s arborists but there are drawbacks to consider too - such as the value in learning basic techniques, perfecting them over many years and then exploring advanced techniques with the benefit of a solid skill and experience level. There is also a risk of un-moderated or inaccurate information leading to potentially dangerous misconception or misuse of equipment or techniques. 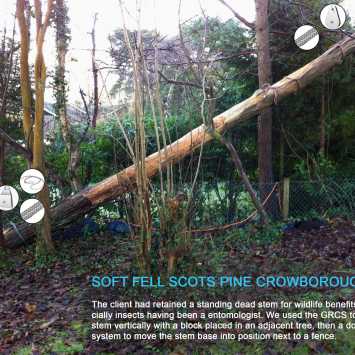