Why are you interested in trees and when did you first climb one? 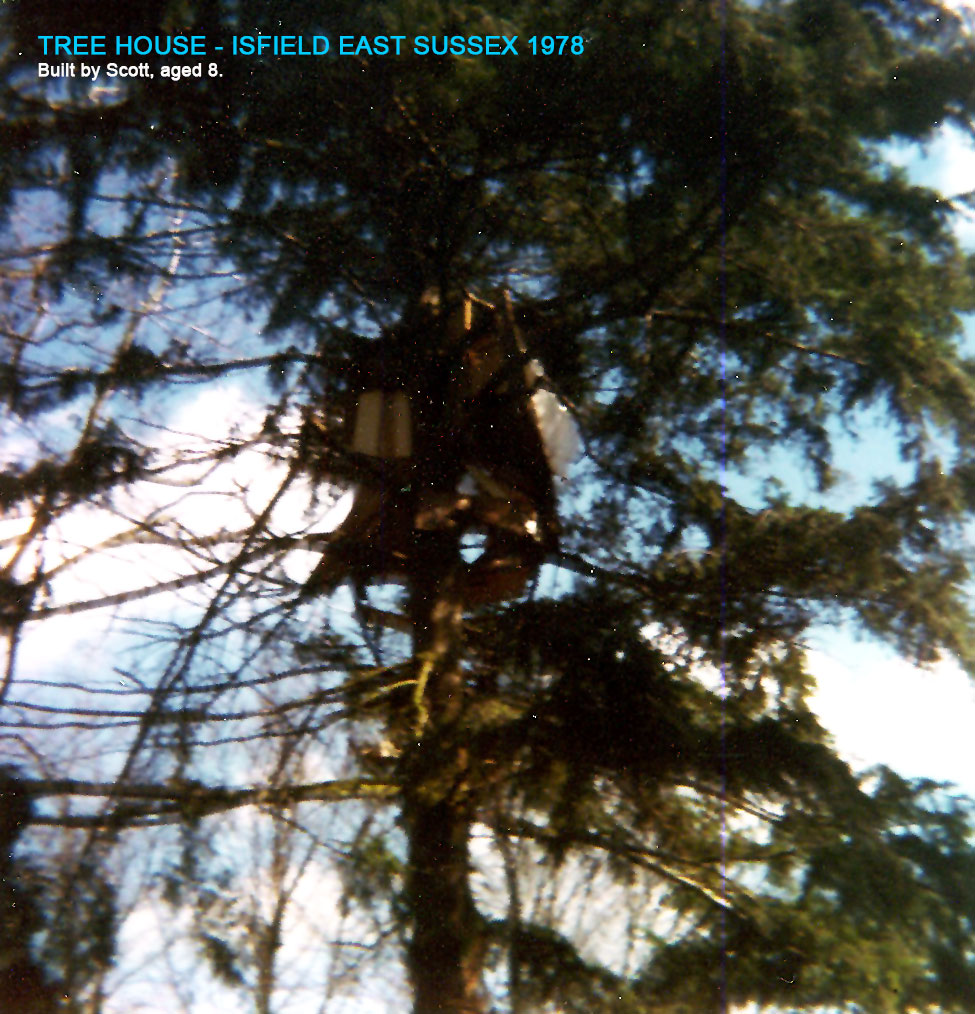 I was invited to speak to the first year Plumpton Forestry and Arboriculture FDSc students again in November of 2012. At this early point in their course, I hoped by describing my own route into the industry with a few key experiences to inspire them to reflect on their own purpose and think about how this might direct them in such a wide industry.

My main point was to encourage a direction where they might get a real long-term satisfaction rather than just thinking about financial rewards. Using some ideas from Neuro-Linguistic Programming or NLP are of interest, they are outlined later.

This blog post describes an obvious early interest in trees, climbing, adventure and something I have reflected on over the past couple of years.

Over the summer last year I had a call that brought together two of my early passions in trees from a new log customer. Nothing amazing there, but he lived in the house that our family had owned during the late 70s for a short period before being relocated to the Midlands. This was a formative period of great freedom, and hilarity. Another adventure involved making a go-cart from a kitchen cupboard – happy days!

I was excited by this call (not just because it involved logs), but I was particularly keen to see whether there were any remnants of a tree house I had built when I was 8 or 9 years old in a large spruce tree at the bottom of the garden.

The treehouse was a ramshackle affair, rather than ‘Grand Designs’. It had a trapdoor, rope ladder access, pull away plastic sheet for panoramic views and it even had a higher lookout post. The descent was by an old hosepipe, probably not LOLER compliant! Unfortunately, the breaking strength did not exceed the load of my slightly older and heavier 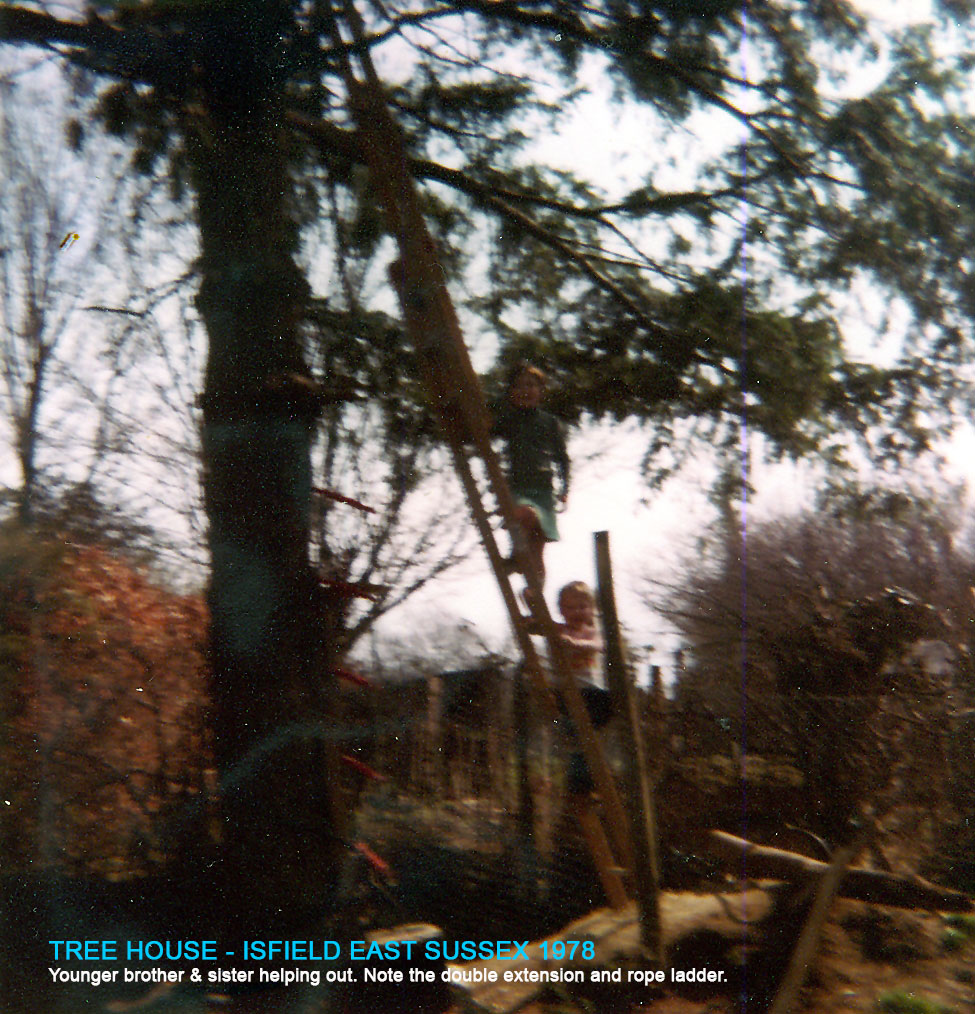 cousin, Dan – he broke the hose on the way down and fell badly enough to break his ankle. The photos below are 30 years old, so the quality is a little poor.

Although an adjacent Scots pine was still there, sadly, the tree was gone.

Looking back on all of this I am left asking the following questions.

·      What were my parents thinking of allowing such a venture and unsupervised play?

·      Do others have similar early influences or clues to their later career?

At the close of my presentation, the message I was trying to get over appeared only to dimly register with some. I was asked by a student about where the most money was to be made in arboriculture. They were now confused having been at first attracted by the seemingly high pay and easy workload of Local Authority Tree Officer, but were now convinced that craft level training delivery was the sure-fire route to riches!

It’s always worth stepping back and really looking at something critically to challenge your own perception. In the above example, a day or two spent with a Tree Officer would be a great reality check, as it would offer honest consideration of the considerable work over many years that resulted in the apparent instant success you see before you.

Whilst modelling success is a good way to improve capabilities & skills, it will not be ultimately as rewarding if the skills do not match up to your beliefs and values, identity or purpose – if you are lucky enough to know what that is!